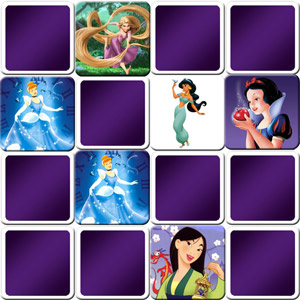 A great memory game for kids, especially for the girls, with many cards from Disney princesses as Snow White, Cinderella, Belle, Mulan, Tiana and many others...

The franchise "Disney Princess" is the property of the Walt Disney Company.

Chronologically, the first of the princesses is Snow White in 1937 with the release of "Snow White and the seven dwarfs". Have subsequently succeeded Cinderella (1950), Aurora of the "Sleeping Beauty" (1959), Ariel in "The Little Mermaid" in 1989, Belle from "Beauty and the Beast" in 1991, and Jasmine in "Aladdin" , Mulan, Tiana in "The Princess and the Frog," and finally Rapunzel and her long hair in the famous cartoon Tangled in 2010 ....

Many clothing, games, toys, DVDs, magazines and other accessories have been declined on the themes of Disney princesses, with a great success with girls. 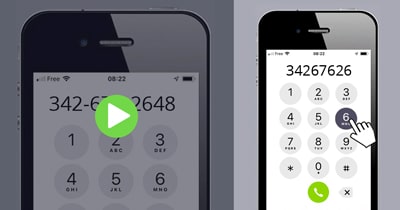 Game of the phone number to memorize