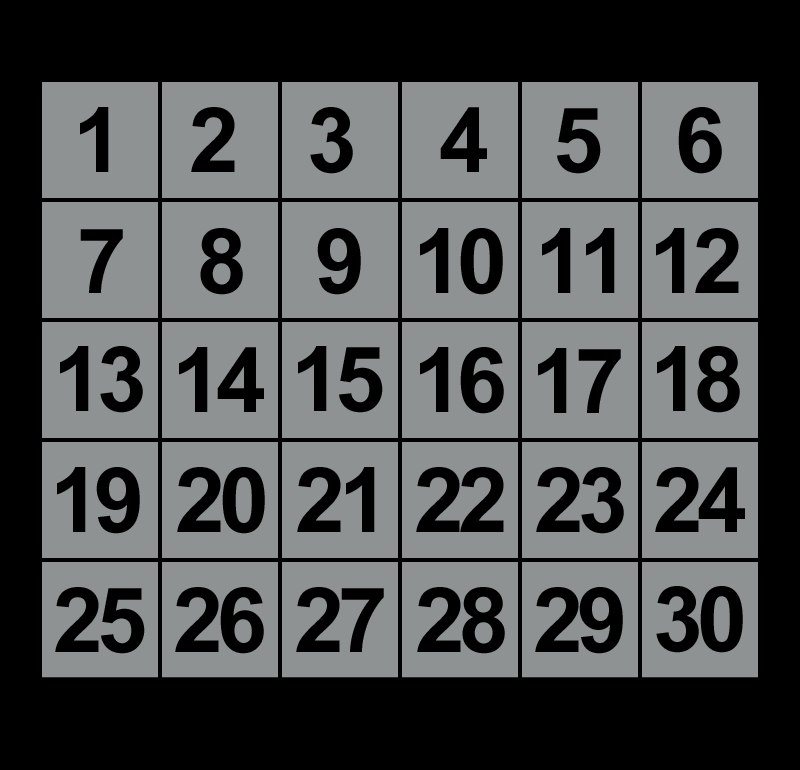 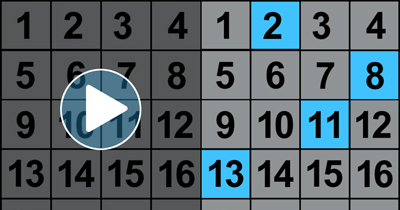 Online numbers memory game with a series of light up numbers to reproduce, at each step a new number is added to the series and the game becomes more difficult. A free game, so come and play this memory game!

How to play this numbers memory game online:

In this game, there are 30 keys linked to a number. The game will light up randomly a a series numbers. Try to memorize the series of illuminated numbers and reproduce it, at each step a new number is added to the series and the game becomes more difficult. The game is over when the first error is committed by the player (when the player press the wrong number key).
The purpose of the game is to reproduce the longest series of numbers randomly generated by the game.

You can change the game's difficulty level thanks to the buttons located below the game. The default mode is "auto", this means that the speed will gradually increase. For beginners, we recommend that you start with a slow speed game. If the sound effects of the game bothers you, you can also mute the sound thanks to the button located at the top right corner of the game.

This game is now responsive, so it's compatible with all devices: desktop, tablets and smartphones. The content and the game adjust automatically to your device, so do not hesitate to play on a tablet or a smartphone.

This memory game is a great exercise for training the memory while having fun. More you play to this game and more your boost and improve your memory. The series of numbers is randomly generated, so each time you play, the game is different and you can play as many times as you like!

All online memory games on Memozor are free and unlimited.

More in this category: « Numbers memory game - memory match game with numbers Game of the phone number to memorize »
back to top